If you’ve read the article on Text Blocks, this will seem very familiar to you. They’re very similar tools, found in similar places, but the specifics of how you set them up vary.

Pinnion uses a feature called “blocks” to place additional text and pictures in your surveys. The type of block used for pictures is called “Image Blocks.”  Let’s look at how image blocks work. First, go to your Pinnion and look at the screen you’d like to add an image to.

There’s a button at the top of the screen that looks like a 3D box. Click this button to create a new block. 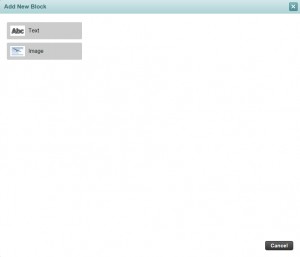 You’ll see a screen with two buttons for “Text” and “Image,” and a cancel button. This screen lets you pick which type of block you’d like to create. Text blocks can be used similarly to image blocks to precisely locate text and format it in much more complex ways than the Question Text field allows. For now we’re working on image blocks, so click “Image.” 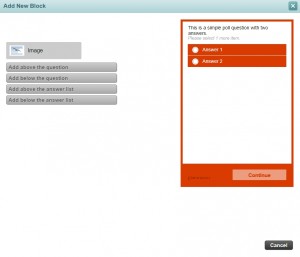 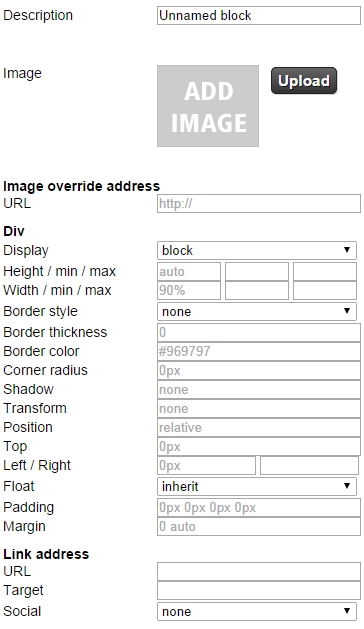 There’s a lot going on on this page, so I’m going to go through it from top to bottom.

Now that you know what all the different options can be used for, set them to position and format your image how you’d like. Now press the “Add” button in the bottom right corner, and your image block will be created in the Blocks section you added it to. 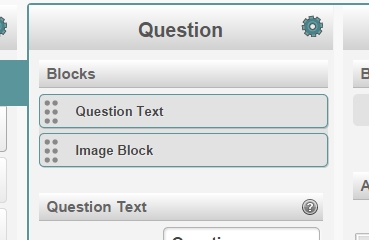 You can click the block here to edit it if you want to change something you set earlier, click and drag the dots on the left to move it to a different section (or even a different question), or press the green plus or red x if you want to duplicate or delete your block, respectively.